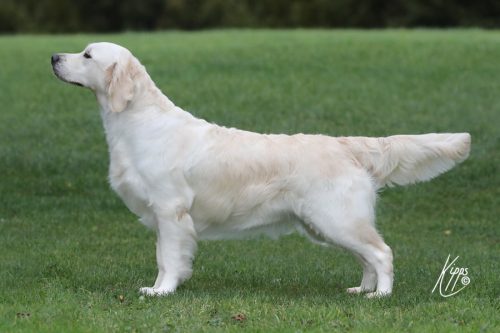 Hollie was a welcome addition to our family and has a wonderful character and is such a happy girl, always smiling and wagging her tail.

Hollie has had an absolutely fantastic time in the show ring gaining numerous Best Puppy in Breed, Group placings and won her Junior Warrant with ease whilst still a puppy. She gained her last point at the United Retriever Club and the icing on the cake was being awarded Best Puppy in Show.  She went on to win her first junior class before dropping her coat and taking a well earned rest.

She returned to the ring in March 2020 and to my amazement, not only won her class but was awarded the Reserve CC at Southern Golden Retriever Club.

In 2021, although not in her best coat, Hollie has been placed at all shows attended winning her way out of Post Graduate. 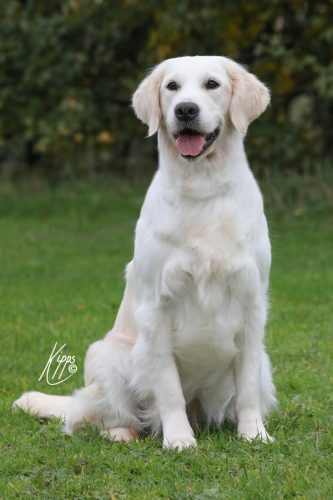 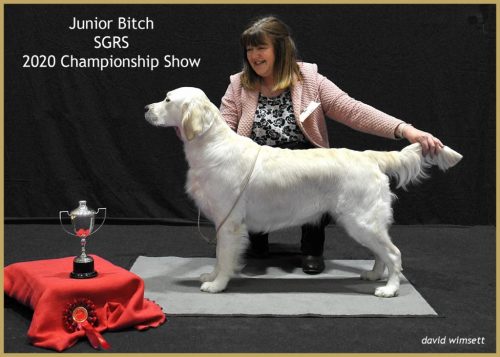 Hollie at 9 months on holiday in Northumbria