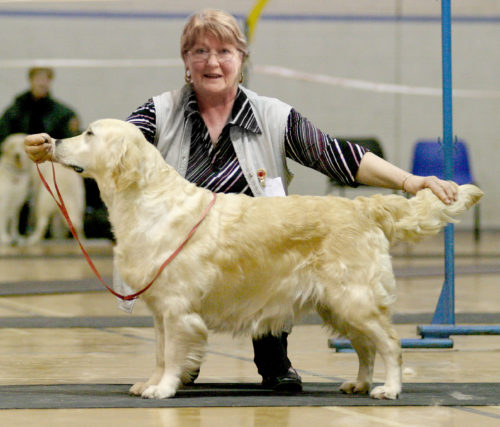 The Sansue kennel was established in the early 60’s when Val Birkin, my late mother decided a Golden Retriever would be an ideal family pet and along came Connie, aka Tingel Concorde (Daniel of Westley ex She Ch Tingel Ripple of Arbrook).  Like many, Mum started with obedience training competing locally before having a go at showing. Connie achieved 2 Res CC’s. 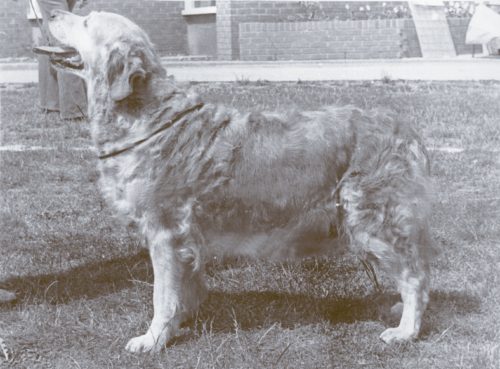 Having been bit by the showing bug, along came Phoenix (Ch Sansue Camrose Phoenix); these two mated together formed the foundation of the Sansue lines today. 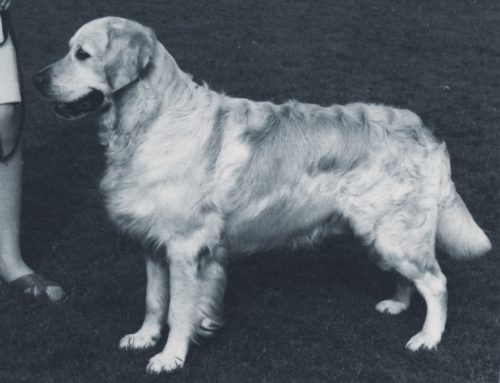 Mum was an extremely well respected person in the Golden Retriever world and went on to achieve many awards with our dogs over the years including, Top Sire, Top Brood Bitch, and Top Breeder for a number of years and also won Groups, Best in Shows including Best of Breed at Crufts numerous times.

To date there have been 24 Sansue UK Champions, either owned or bred by Sansue, not forgetting the Champions abroad. Many Champions and CC winners both in the UK and overseas have a Sansue parent.

Family is important to us and our dogs are very much a part of our family, they all live in the house and have given so much pleasure over the years. The Sansue affix is a combination of both mine and my sister Sue’s name.

I consider myself very lucky to have grown up with the Sansue Goldens and have learnt so much over the years from Mum, participated in obedience with Sansue Contasia and even had a go at child handling at local shows.

My love affair with this breed continued and after getting married soon had a golden living with me and it wasn’t long before I was involved once again and have had many years of enjoyment showing many of the Sansue’s at open and championship shows to win top awards including BIS, Groups as well as many CC’s, Res CC’s with a variety of dogs, making three up to become Champions, namely, April Joker, Xtra Polite and Mulfield Morning Glory of Sansue and others to win CC’s, not forgetting Best of Breed at Crufts with Consolidator in 1987.

In the early 80’s I took out a separate interest in the Sansue affix and although I don’t breed very often, have bred dogs that gained stud book numbers by winning CC’s, Res CC’s, junior warrants and have bred three Champions.

I share Mum’s belief that, when possible, our dogs are trained to gain their Show Gundog Working Certificate, proving they have the natural instinct, ability and are fit for purpose.

This is my legacy and I am enjoying campaigning the Sansue Goldens. Maggie (Sh Ch Sansue Firesparkler JW) pictured below enjoying our holiday in Norfolk 2015, is a very special girl – this was the last mating planned by Mum; a pity she never knew her. 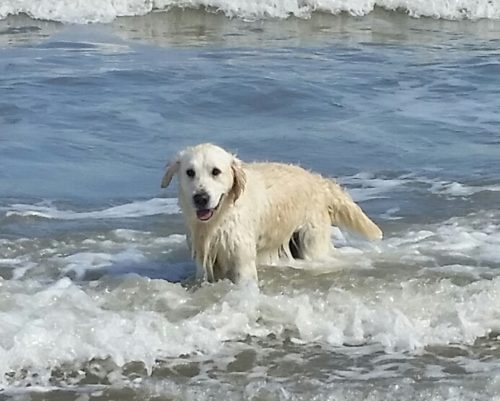 To date, there have been Twenty Four UK Champions either bred or owned by Sansue with plenty more overseas Champions. Our latest Champion, pictured below is Faith’s brother and a grandson of Maggie (Sh Ch Sansue Firesparkler JW) and is owned in partnership with Hazel and John Gripton. 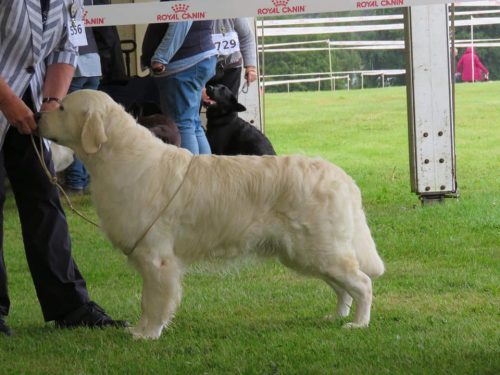